Buffalo Immigration Lawyer Matthew Borowski  was interviewed on September 26, 2014 by WIVB CBS News 4 regarding the three Afghan soldiers who left their training exercise in Cape Cod and allegedly crossed over the Canadian border. 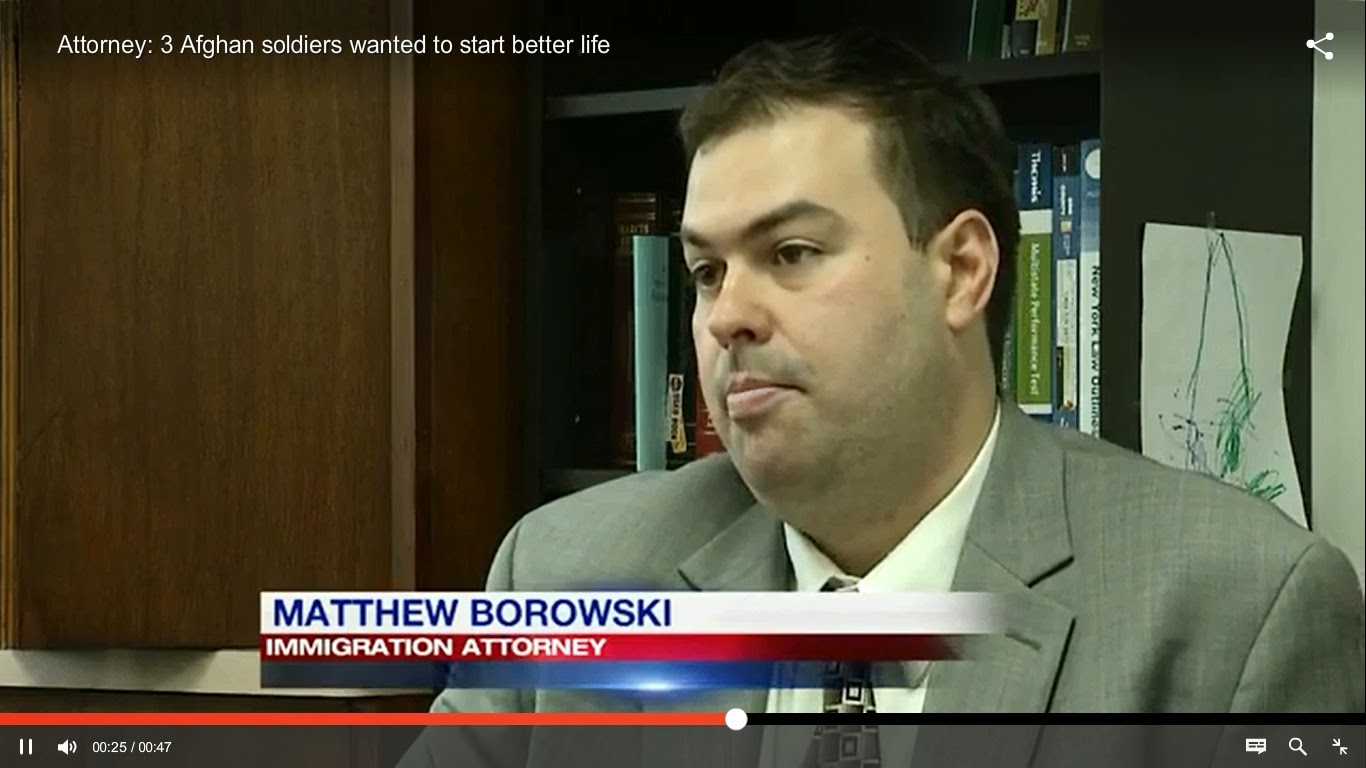 We just won another deportation case! Our client had an aggravated felony conviction (drug trafficking) that made him ineligible for most forms of relief from deportation. We pursued post conviction relief in state court and we were able to re-open his case so he no longer had a final criminal conviction. It was a long road and a lot of hard work, but we did it. Last week we filed a Motion to Terminate in the Batavia Immigration Court and our client was released from detention yesterday. He is now home with his family, and we're preparing to fight the next round in the battle (ensuring his conviction doesn't stick, so ICE won't be able to put him back into removal proceedings.)

The reality is that I can't win every single deportation case -- sometimes the facts are just stacked against us. Not every case results in a happy ending, no matter how hard we try. When we can get a case terminated and reunite a family, it's a good day in the life of an immigration lawyer, and it makes the hard work worth it in the end.